CHRIS HUGHTON PLEASED WITH HIS TEAM AFTER VICTORY AT RIVALS PALACE 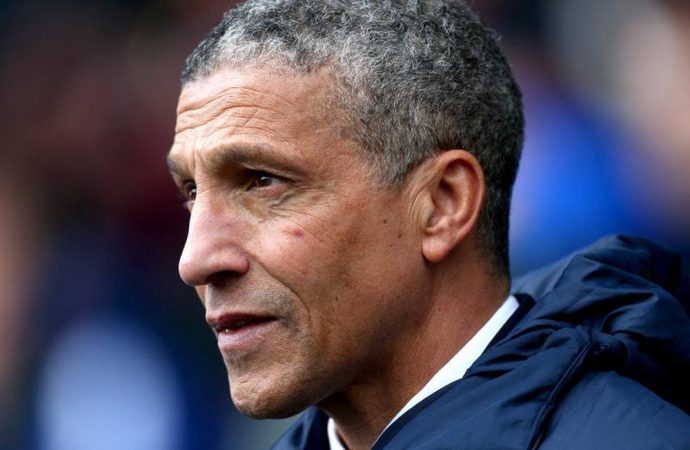 BY AYODELE ODUMADE AT SELHURST PARK   THE BRIGHTON manager Chris Hughton was delighted with his team as they picked up three crucial points in their quest to stay in the Premier League,  by beating their arch rivals Crystal Palace. He said after the game that: “It was a big win. I know

THE BRIGHTON manager Chris Hughton was delighted with his team as they picked up three crucial points in their quest to stay in the Premier League,  by beating their arch rivals Crystal Palace. He said after the game that:

“It was a big win. I know the nature of the game with the fans. Whatever that means the three points mean even more. The way they are at the moment with the group o  teams around us capable of winning games, it is important. These three points are important. We had to defend well. As a team and with our shape I thought we defended well. For 90 minutes there was no clear chances. I thought the team that would win is the one that can pull something out of the bag.

Anthony Knockaert was fortunate not to be sent off in the opening minute when he hit Luka Milvojevic in the crown jewels. However Chris Hughton gave a different opinion. He said: “ I was very close to it and what you had was two players that equally went for the ball. My impression was neither of them was going to get booked. What was deemed was that Anthony’s leg was raised slightly but not enough. To me it was not a red card and the right decision for me was a yellow card.”

Chris Hughton was asked to confirm if he was going to take Knockaert off before he got the winner and he said: “Yes and probably once he scored there was a reason to take him off because I knew we would have to do more defending.”

Inevitably Knockaert got the winner for the Seagulls from a curled shot, which went in off the post. Roy Hodgson said: “It was a fantastic goal to win the game.”

The Brighton boss was also asked if he was thinking of settling for a draw once Palace pegged them back from a penalty by Milvojevic and he said:” Yes at 1-1 if you had offered me a draw I would have taken it. We are the away team. There might be a group of teams that would think different. Most people would say Palace would go on to win once they equalised with the way that the game is.”

The team showed great character after that period. Still in that ascendancy they didn’t create a clear chance. I felt if we had shown a little bit more control we would have had more chances.”

Glenn Murray who got the first goal after a mistake by James Tompkins was not due to start but did after Florine Adone injured his quad in the warm up.  That was Murray’s 100th league goal.

This was Brighton’s third away win of the season. They only registered two last season.

Brighton can now look forward to their FA Cup game against Millwall next weekend but Hughton said: “Staying in this division is still the most important thing for me. I know what the cup means to the supporters. We will do everything we can in the cup but it is important to stay up.”