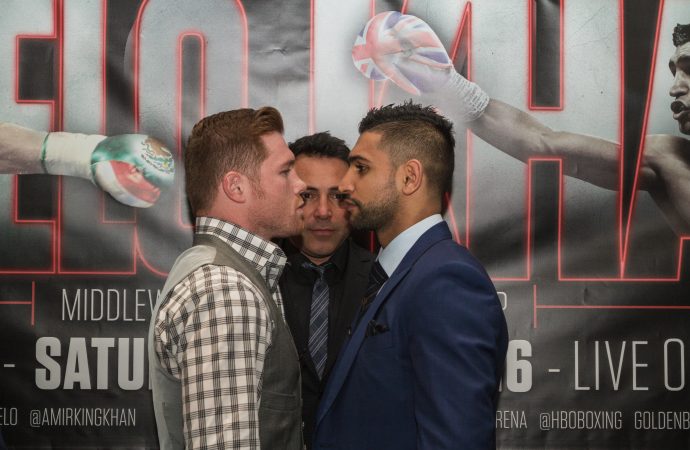 KHAN AND CANELO FACE OFF PHOTO COURTESY OF KINGSLEY DECKON     BY AYODELE ODUMADE AT THE PARK PLAZA HOTEL, LONDON   Amir Khan has promised that he will win the WBC, Ring Magazine and Middleweight Linear titles when he faces the Champion Saul Canelo Alvarez, on May 7 at the New T-Mobile Arena in 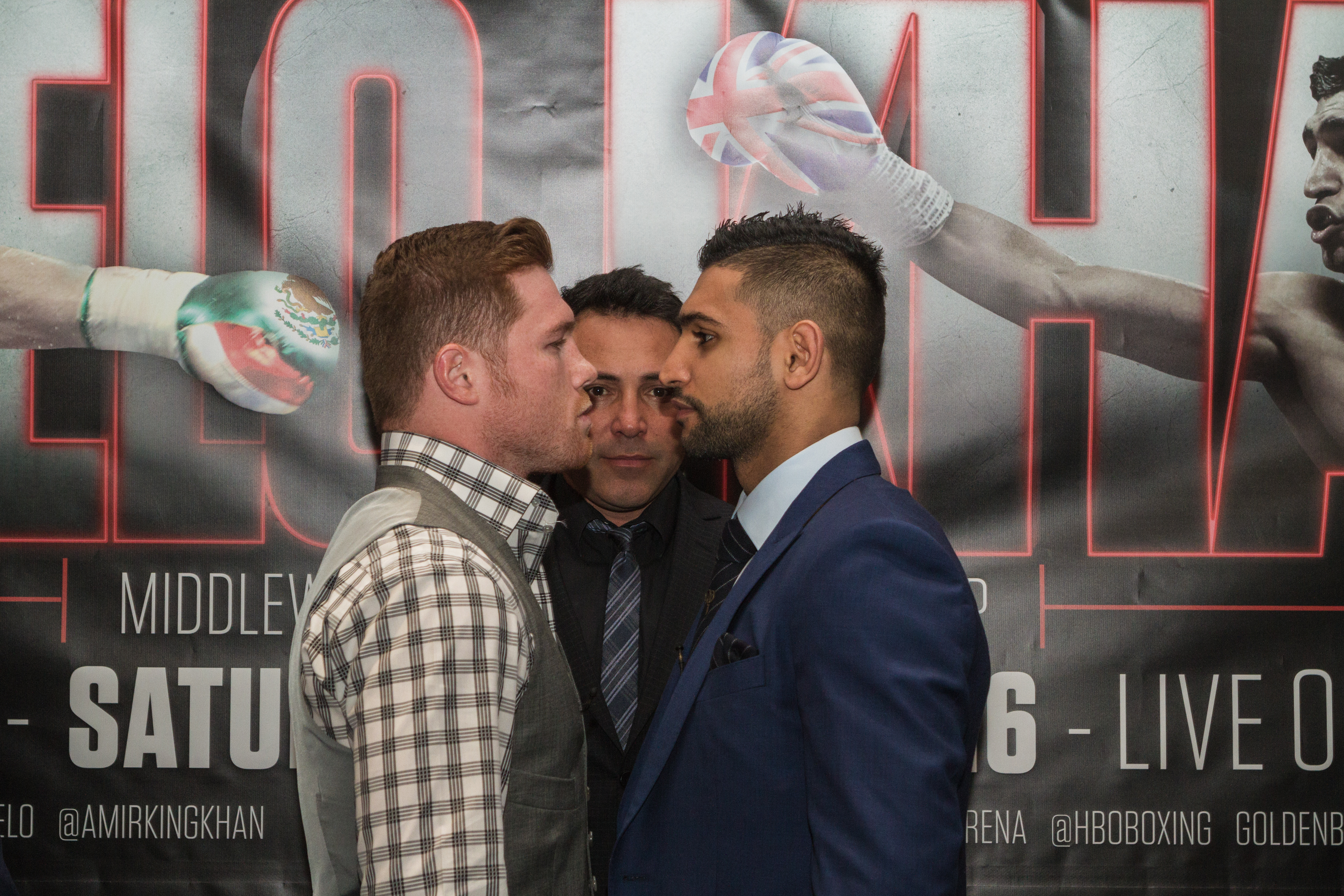 KHAN AND CANELO FACE OFF PHOTO COURTESY OF KINGSLEY DECKON

BY AYODELE ODUMADE AT THE PARK PLAZA HOTEL, LONDON

Amir Khan has promised that he will win the WBC, Ring Magazine and Middleweight Linear titles when he faces the Champion Saul Canelo Alvarez, on May 7 at the New T-Mobile Arena in Las Vegas.  The fight will be Khan’s biggest fight and will be shown live on HBO Pay-per-view. Speaking at a press conference in London ahead of the fight he said: “This is a huge fight.  I wanted to come to the UK so that the British fans could see Canelo Alvarez and myself.  We are looking forward to this fight. When I was 17 going to the Olympic games I was an underdog. I was a young boy whom people expected would get beaten. People are saying Amir is going to get his butt whipped. You are going to see a different Amir Khan in this fight.”

Khan who chased big money fights against Floyd Mayweather and Manny Pacquiao, which did not happen said:” I have been let down so many times trying to get a big fight. This is my time to shine. I really want to prove a point. Alvarez is a good fighter. People are saying to me why do you want to move up for this huge fight. I will take his speed and I will have the tools to win this fight. When Sugar Ray moved up to face Hagler he was the underdog.”  Khan went on further to say: “A lot of people are saying I am going into the Lion’s den. I am in a way. That is what is giving me a big push. I promise you that on May 7 I am going to win this fight.

Alvarez who’s only blemish on his record is the loss to Floyd Mayweather said: “I have received a lot of great support here.  It is my first time of coming here. Amir Khan is a great fighter.  This is a serious event. I am going to give you my all.  May 7 will be a great event.”

Some pundits think that this fight is a big risk for Khan, as he would be moving up two weight divisions.  David Haye however does not share this view.  He said: “Amir Khan is too fast. Amir Khan is not going up two divisions. He boils himself down at 147.  He is a naturally 165 pounds. He walks around as a super middleweight and he does not have any body fat. Maybe we have not seen Khan at his fastest. Maybe he is meant to be a middleweight. He has got to worry about a lot. But I believe he will be able to see a lot. As long as he does not try to trade with Alvarez he will be ok. I am excited about this fight. This is one of those great fights. I might try to get out there for the fight but it is three weeks to my fight on May 21.”

When Haye was asked about his opinion on Anthony Joshua’s IBF World title fight against Charles Martin on April the 9th he said: “I really want Anthony to win that fight on a personal note. You can look at Martin and say whom has he fought? But he is a southpaw and is 6ft 5 in.  This fight is where we will see if Joshua is the real deal. I believe he is. He proved that in his last fight. He is going to show a lot more of that if it goes past two or three rounds. If he goes past nine rounds what is his engine going to be like?  He is going to need all the support he can get. I will be there. “