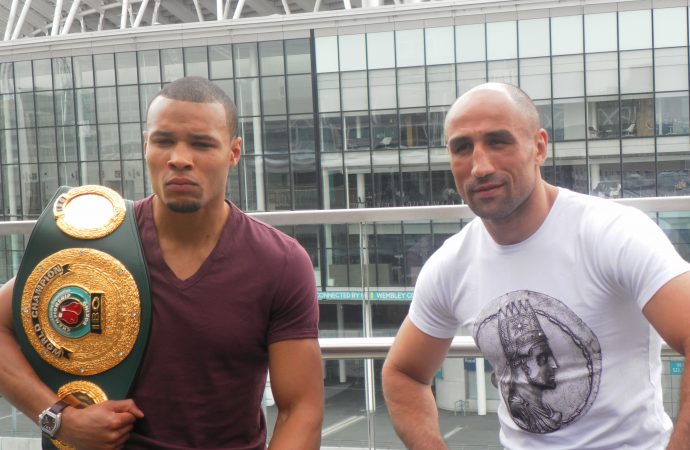 Chris Eubank Junior and Arthur Abraham. Photo by Ayodele Odumade.       BY AYODELE ODUMADE AT THE HILTON HOTEL IN WEMBLEY   IBO Super Middleweight Champion is looking forward to his title defence against seasoned fighter and former World Champion, Arthur Abraham. He said: “My camp has been great. I was on weight three 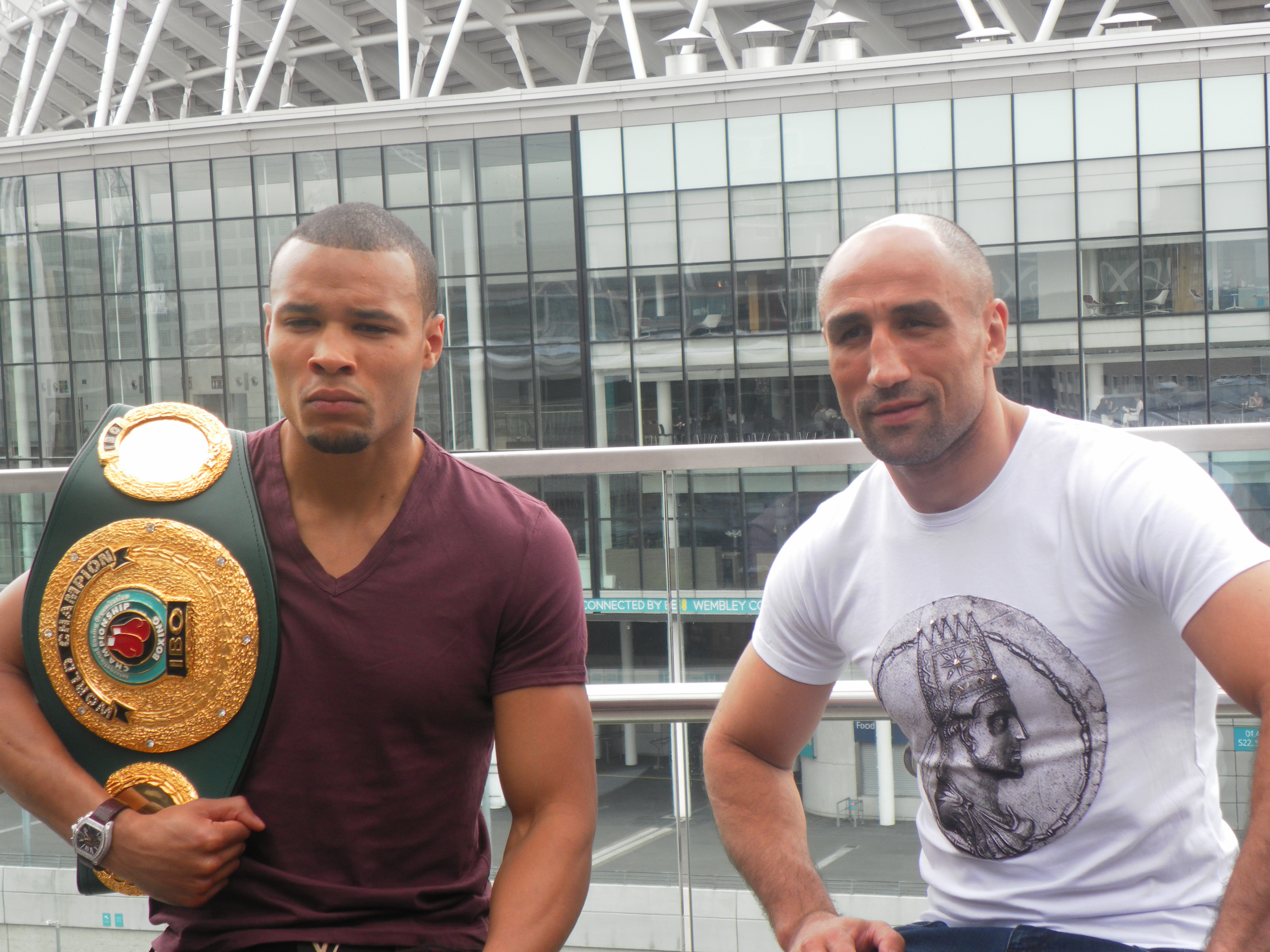 BY AYODELE ODUMADE AT THE HILTON HOTEL IN WEMBLEY

IBO Super Middleweight Champion is looking forward to his title defence against seasoned fighter and former World Champion, Arthur Abraham. He said: “My camp has been great. I was on weight three weeks ago. I am fit and strong, I have a lot of energy and have had a lot of sparring. I sparred with heavyweights, cruiserweights, light heavyweights and I am ready to go in there to make a statement.”

Abraham has been known to be a ‘dirty’ fighter on occasions and Eubank Jr was asked if it bothered him. He said: “I have sparred and shared the ring with many dirty fighters. I know all the tricks. There is nothing he is going to do that I have not had done to me or seen before and if he wants to fight dirty, two can play that game.”  Eubank Jr was asked if he had done anything different in his training camp compared to preparation for previous fights.  He said: “ I would not say I have done anything differently. You have an opponent, you look at his weaknesses, and you study him and work on things you think will be effective for the fight. In that sense I have prepared and trained for him in mind, focusing on what I think would be best to beat him. But in general it has been the same.”  I am always intense and training 100 per cent, so everything is on track.”

Eubank Junior has entered the Super Eight World Boxing Series. Previous series helped to elevate the likes of Andre Ward and Carl Froch to the top.  When asked if this was his plan as well he said: “It is a great opportunity for me to go and prove to the world that I am the best Super Middleweight out there. You have George Groves who has his belt. Taking that strap would be a huge incentive for me and to beat these guys and dominate the tournament.”  He was asked if his biggest fight could be against the current IBF Champion James DeGale and he said: “Definitely. I have been trying to get that fight for years. He does not want the fight. He is scared. He went in there for shoulder surgery. I say he needs to get a heart surgery done so that he can come out of there with some courage because he does not want to fight.”  I put it on him during the David Haye fight why has this fight not happened and he could not give me an answer.  You cannot run forever. I believe that eventually after the Super Eight fights he would have nowhere else to go.

Some father and son relationships as coach/boxer can be fractious.  Junior was asked about the dynamics of the relationship he has with his dad Chris Eubank, who is his corner man. He said:” I have learnt a lot from my dad over the years. The advice he gives me regardless is second to none. I always have him in my corner and I benefit greatly from having him in my corner.”

Junior’s beloved Brighton Hove Albion are in the Premiership for the first time ever and he was asked what his expectations were for the club and whether he would be happy for them just to survive. He said: “ I hope for them to achieve what I am looking to achieve, which is greatness. I am very proud that they are back in the Premier League. If you put your heart and soul into it there is no reason why you can’t reach for the sky.’

Most sportsmen have heroes who they look up to and who possibly inspired them to take up the sport. When Junior was asked who his hero was other than his dad he said: “Growing up I always used to watch the best fighters in my weight such as Sugar Ray Leonard, Thomas Hearns, Roberto Duran, Marvin Hagler, Roy Jones Junior, my father and any fighter in my weight that I could look at and see that I could take part of their fights to my own. Those are the guys that I watched.”

Back in the day Chris Eubank had a rivalry with Nigel Benn. Junior was asked if there was the possibility of him developing such a rivalry with Benn’s son (Conor) in the future.  “I don’t believe he has the ability. I don’t think he is going to last much longer in the game.  Hopefully I am wrong because it would be good to relive that rivalry, but he is young, he is not my weight and I don’t believe he has the ability to last but we will see. In a few years time if he bulks up we will get it on.”

Junior was asked about the upcoming Floyd Mayweather v Connor McGregor fight and who is going to win. “  It does not matter. All that matters is the money. They are going in there and they are getting paid. Connor is going to go in there and he is going to be ferocious. He will do what he always does, which is to entertain. He is going to put it all on the line. Will it be enough? I don’t know. It is hard to see but the will of an Irish man is a hard thing to overcome. He could pull it off. We will see. “