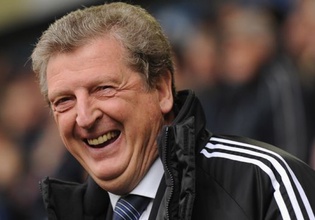 BY AYODELE ODUMADE AT SELHURST PARK   The Crystal Palace Manager Roy Hodgson was pleased with the second half performance of his team, which saw them claim three crucial points against Huddersfield and move closer to safety.  The Palace Manager said: “In the first half it was difficult to recognise the team. We were

The Crystal Palace Manager Roy Hodgson was pleased with the second half performance of his team, which saw them claim three crucial points against Huddersfield and move closer to safety.  The Palace Manager said: “In the first half it was difficult to recognise the team. We were not sharp enough. I did not think we were anything like what we needed to be. I thought there were a lot of gaps in our game and errors. At half time things were looking bleak.”

I must give the team credit. We looked much like ourselves in the second half. Their character shone through. I don’t think people can begrudge us when we won the game.  At one stage I thought I would be sitting here and you would be telling me about all those misses we have been guilty of and it would have cost us points.  Now I can laugh the misses off because we got the two goals that won us the game and hopefully if we create as many chances against Tottenham on Wednesday we will not miss them.  We pulled ourselves together and made several adjustments including playing Zaha upfront and bringing James McArthur into the team made a difference. It got us the points we needed to get to safer ground, which we missed against Brighton. To be honest with you if you are not one of the big hitters a point a game is satisfactory.”

The Huddersfield manager Jan Siewert reflected on his team’s relegation: “We were very equal today. In the end it was the 20 percent quality of Zaha. I am pleased of the performance of my team today. It is hard to take but it shows we are on the right way. The feeling for me at the moment is one of disappointment. Even after the penalty we conceded we were still trying. “

“I know that failure and success belong together. Now it is important for us to go through the details to learn from it. The way we played today showed we are on the right way. I won’t talk about bouncing back immediately. We were so close to winning today but the penalty due to the quality of Zaha changed the game.”

The club has to look at it internally. You cannot promise anything in football. We joined the premiership for two years. We really enjoyed it.”

Juninho Bacuna brought Zaha down in the area moments later and the referee pointed to the spot. Luka Milvojevic stepped up and slotted the ball home to give the Eagles the lead.

In the dying minutes Zaha laid on a pass to Patrick Van Aanholt who placed the ball past Ben Hamer to put the game beyond doubt for Palace and confirmed Huddersfield’s relegation from the top flight.